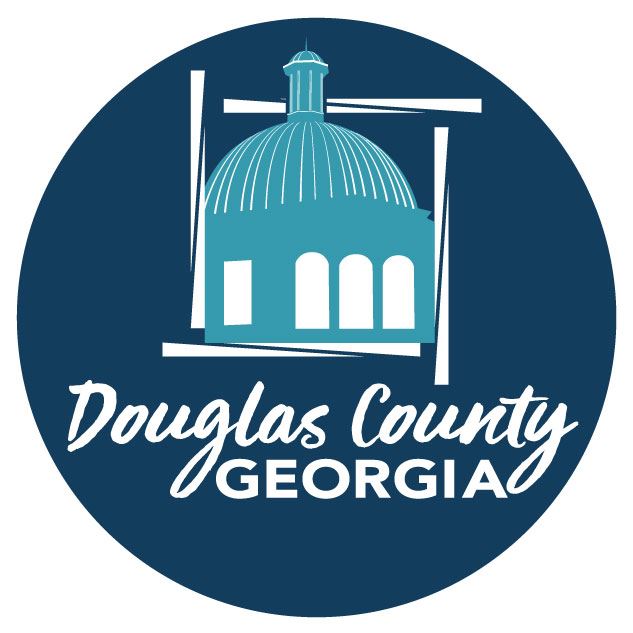 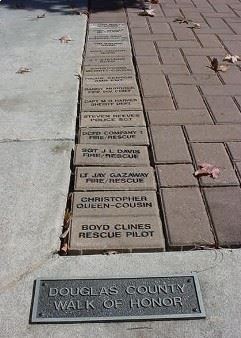 Douglas County citizens have always come to the aid of persons in need, sacrificing their own selves for the well-being of others. These heroes do not perform these deeds to receive public acclaim or recognition, but rather out of the good of their hearts and of service to their fellow man. The Douglas County Board of Commissioners feels that these acts of heroism and great service should be recognized in a quiet but permanent manner, and therefore, created the Walk of Honor.

The Walk of Honor consists of engraved bricks that lead from the Eternal Flame towards the front door of the Douglas County Courthouse. Inductees into the Walk of Honor have their names permanently engraved in the bricks.

The Walk of Honor is the highest accolade Douglas County citizens can bestow on a citizen.

The selection of honorees is the responsibility of the Douglas County Board of Commissioners, after a review process by a consideration committee. All nominees may not be selected for inclusion in the Walk of Honor.